The idea behind this piece was to design an animal creature to be displayed in an exotic zoo.  The creature needed to be a combination of a mammal and a non-mammal.  So, I drew two thumbs of creatures I thought would be interesting.  One was part bat and part fly because bats love eating insects.  Second was part bull and part shark because they’re both dangerous animals (well, nothing compared to a Hippocrab but definitely a lot scarier than a coral-finned-pangolin-boxfish and a crog).  I couldn’t decide which one to pick so I brought my thumbs to Robert Hunt.  Robert ripped the batfly thumb in half and told me to go for the bullshark.

This is my thumb for the bullshark. I wanted to show you guys the batfly but I would have to tape it back together.  Anyway, the only problem was that the bullshark in the thumb looked compositionally boring (even as a concept art) and it looked like a goldfish.  Also, the legs itself looked more like a horse than a bull.  So, there was a lot to be fixed. 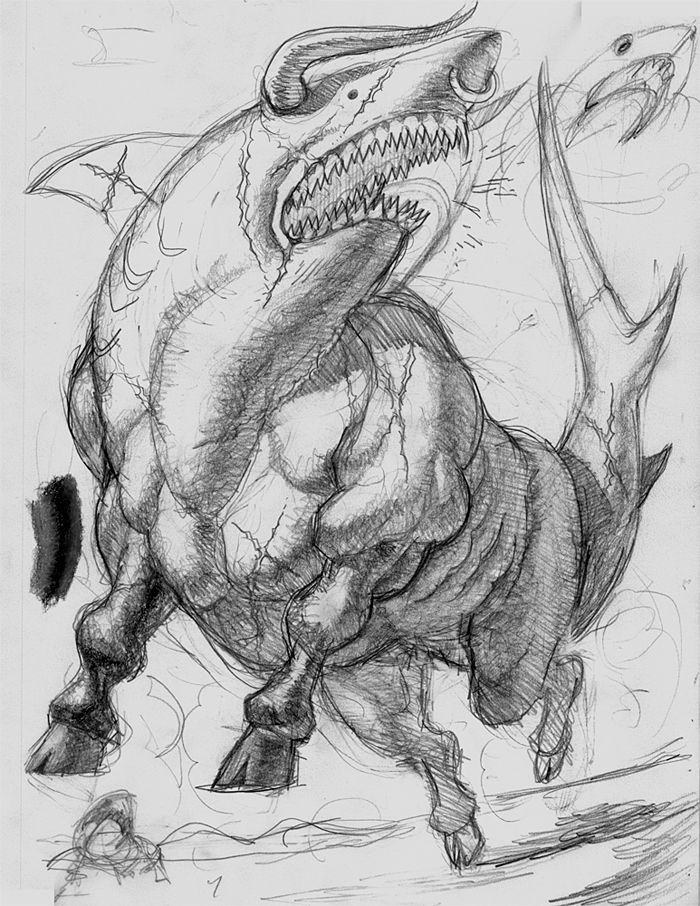 Here’s a more developed sketch of the bullshark ready to be developed into a colored pencil finish. There’s some background, we get to see a 3/4 view of the bullshark and it’s in action.  I was still not satisfied, so I brought the sketch to Robert.  He drew two little sketches in the corners and told me to make the head bigger.  Then, I went back home to work on a final sketch with everything resolved. 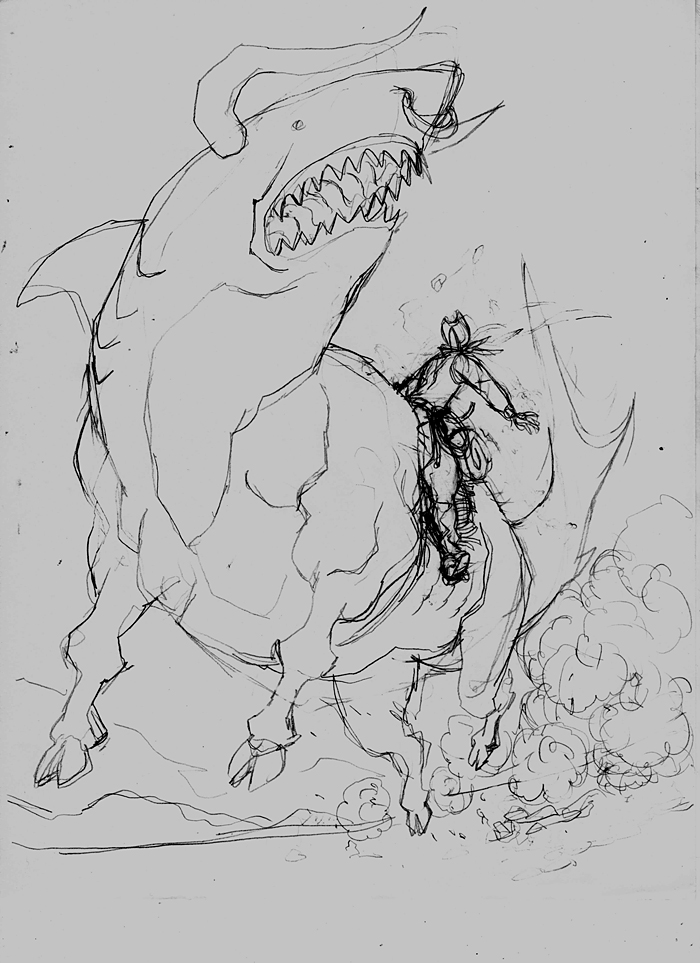 Here is my final sketch.  I thought it’ll be great to add a cowboy riding the bullshark.  I also decided I go all flat with just lines and colors. I did an ink-trace, scanned it, and colored on Photoshop. 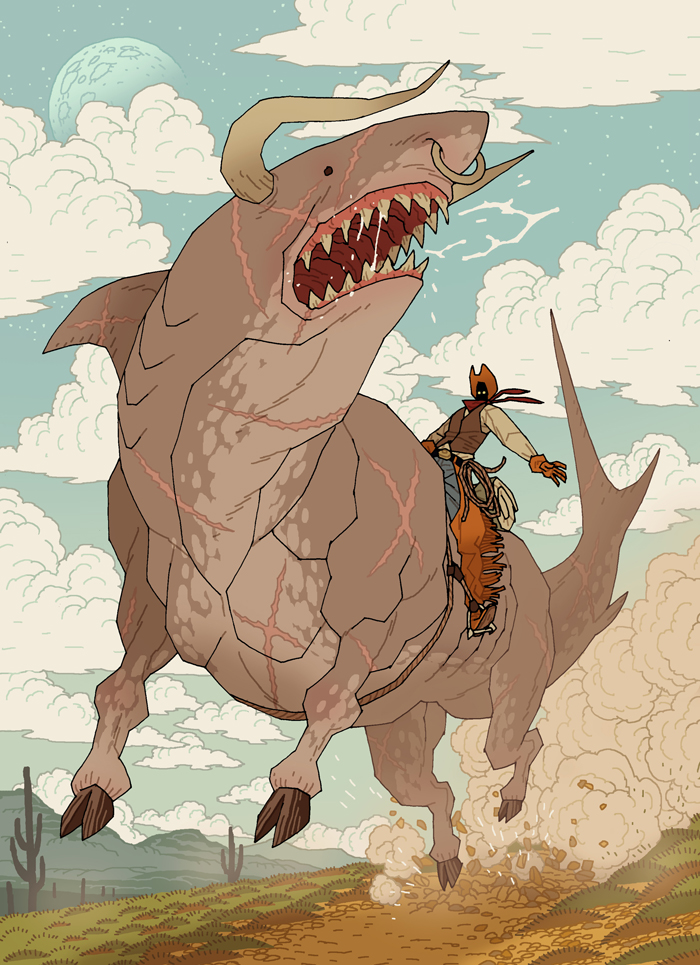 (I was joking about Robert Hunt tearing my thumbnail in half.  He’s the nicest person you’ll ever meet.)